Do you love listening and watching to Rock Songs on YouTube? Today’s generation has really been upgraded to different types of genre, most of the teens nowadays listen to new kinds of music but never understand or knew anything about its history.

Rock Music has evolved, some people will never understand how it was build or created because they never knew about its history. Are you a Big Fan of Rock Genre? What’s your favorite Genre of Rock Music? If you love listening to Rock Music, here’s a video you should not miss watching. It shows the evolution of all the Rock Genres and songs performed in just one music video. WOW! How cool is that?

This video was uploaded by the channel Ten Second Songs on YouTube, performed by Anthony Vincent together with his friends Ken Tamplin and Gabriela Gunčíková. The Music Video contains some of the famous rock songs ever like “Rock Around The Clock” by Bill Haley and his Comets, “Jailhouse Rock” by Elvis Presley, “Rock and Roll All Nite” by KISS, “More than a Feeling” by Boston, “Back in Black” by AC/DC, “Don’t Stop Believing” by Journey, “Livin’ on a Prayer” by Bon Jovi, “Man in the Box” by Alice and Chains and many more! Check this out.

WOW! Have you heard your favorite Rock song? These guys are really amazing, now I know how my favorite genre transformed and came from. This video truly represents how the Rock Music Evolved into complicated and beautiful rendition. What do you think? I’m sure Rock Fans enjoyed watching this video by Ten Second Songs. How about you? What can you say about this music journey? 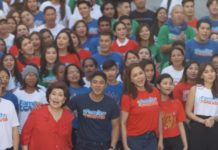 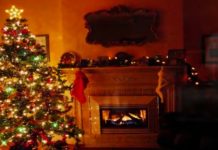 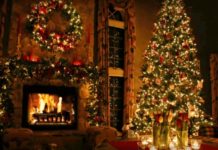 Kristine Hermosa Accepted ‘Bagani’ Offer Due To This Reason

This Grade 2 Student Uses His Slipper As An Eraser...