Philippines is turning away from America to make friends with China but it does not stop the American support.

WASHINGTON – The United States of America is backing the efforts of President Rodrigo Roa Duterte to strengthen the ties between the Philippines and China.

According to State Department deputy spokesman Mark Toner, America does not view President Duterte’s state visit to Beijing as a slight.

When Toner was asked regarding Duterte’s visit to China, he said: “As to whether he’s pivoting east or west, I can’t speak to that. Certainly, it’s in the Philippines’ interest to have strong relations in the region, and as much as this is an effort in the direction, we would support it”. 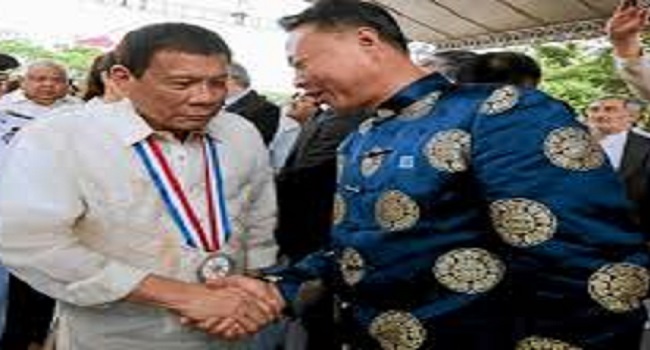 Toner said, Washington is focused on maintaining close relations and cooperation with Manila in many areas including counter-narcotics as well as security.

“That said — and this is not specific to the Philippines — we’re always going to be clear when we see credible allegations of human rights abuses or of any kind of actions by the government or by security forces”, Toner added.

The official reiterated that the US has “not seen any indication at the working level of a turning away from the United States” despite of Duterte’s rethorics and continuing lash at the criticism of America of summary killings in the Philippines amid the war against drugs of the Duterte administration.

“We have a very strong, very long historic relationship with the Philippines and we’re going to continue to purse that”, Toner added.

Toner relayed that the United States of America would encourage the Duterte administration to conduct thorough and transparent investigation where there are credible reports of extrajudicial killings by or at least the behest of government authorities.

Toner urged the government to ensure its law enforcement officers are consistent with their international human rights obligations.

Duterte is set to leave for China on October 18, Tuesday.