Nancy Binay To De Lima: ‘Lilipas Din Yan Kasi Based On Our Experience’

Nancy Binay expressed her support to comfort Senator Leila de Lima. She admitted to the public that she knows how it feels to be under attack.

Nancy Binay caught the attention of the country after she expressed sympathy to Senator Leila de Lima. Binay said she “sympathizes” with the embattled senator, whose number 1 political enemy is no less than President Rodrigo Duterte.

Senator Nancy Binay was one of the senators that may have voted to oust Senator Leila de Lima as chairperson of the committee on justice and human rights who investigates the alleged spate of killings in the country. But according to the Senator, it does not necessarily mean she’s all out against De Lima. 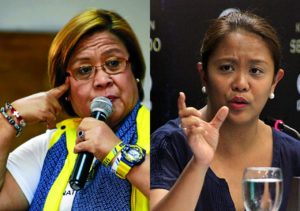