Pope decided to postpone giving the usual catechesis during his Wednesday general audience and prayed the Sorrowful Mysteries of the Rosary for the victims of Italy quake.

Italy Quake Update – The 6.2 magnitude strong tremor that rocked central Italy on Wednesday made Pope Francis cancel his catechesis and led his general audience to pray the Sorrowful Mysteries of the Rosary.

“On hearing the news of the earthquake that has struck central Italy and which has devastated many areas and left many wounded, I cannot fail to express my heartfelt sorrow and spiritual closeness to all those present in the zones afflicted,” the Pope said Aug. 24.

He offered his condolences to all who have lost loved ones, and his expressed his spiritual closeness to those who are “anxious and afraid.”

The original 6.2-magnitude quake hit the town of Norcia, about 65 miles northeast of Rome, at 3:36a.m. with several aftershocks following.

According to the BBC, the mayor of Amatrice, one of the worst-hit areas, said “the town is gone.” Officials warn that the death toll will likely continue to rise as rescue efforts move forward.

Pope Francis, hearing that the mayor of Amatrice said his town “no longer exists” and learning that many children are also among the dead, said “I am deeply saddened.”

“For this reason I want to assure all the people of Accumoli, Amatrice, the diocese of Rieti, Ascoli Piceno and all the people of Lazio, Umbria and Le Marche of the prayers and close solidarity of the entire Church,” he said.

The Pope then offered his thanks to all the volunteer and rescue workers assisting in the affected areas, asking Jesus, “who is always moved by compassion before the reality of human suffering, that he may console the broken hearted, and through the intercession of the Virgin Mary bring them peace.”

“With Jesus, let our hearts be moved with compassion,” he said, and invited the some 11,000 pilgrims present to join him in praying the Sorrowful Mysteries of the Rosary. 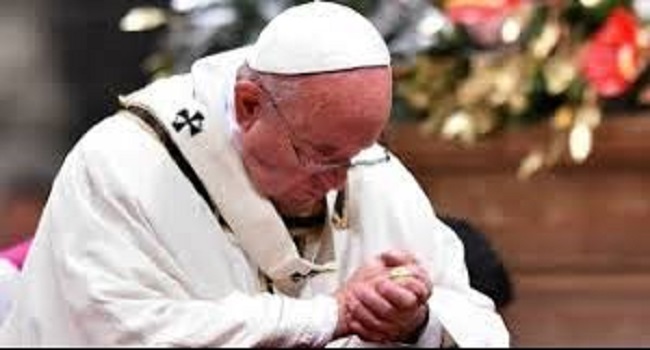 Half a day after the quake, almost 38 people has been declared dead by the rescue teams.

In addition to Pope Francis’ appeal to prayer, the Italian Bishop’s Conference (CEI) has already decided to donate 1 million euros to the most urgent relief efforts, and have asked that a special collection take place to help raise more money for the affected areas.

In an Aug. 24 communique from the CEI, the bishops said the Church throughout Italy “gathers in prayer for all the victims and expresses her fraternal closeness to the people involved in this tragic event.”

SWERTRES RESULT December 2, 2022 - One of the lotto draws of the Philippine Charity Sweepstakes Office (PCSO) every...