Viral Snatchers Pretends As A Passenger During Rush Hour

Snatchers new modus operandi is to pretend as one of the passengers and blend to take advantage of the busyness during rush hour.

Another modus operandi of the snatchers was caught on a video after the one netizens posted the footage on the social media.

The snatchers doing their modus operandi was filmed by a Facebook user and posted it on his social media account. The video showed that the two men are pretending to be a passenger and pretend as one of the passengers. 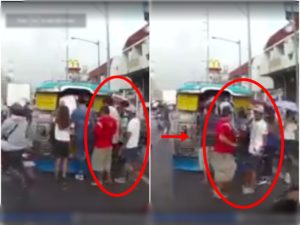 The video of the duo snatchers went viral on the social media. According to a report, this is a new modus operandi in town as snatchers are now victimizing people during rush hour when everyone is in the rush to get home as soon as possible.