Martial law protests and class walkouts were planned by youth activists from different college schools and universities on its 44th anniversary.

On September 21, 2016 (Wednesday), is the 44th anniversary of Martial Law so youth activists from different college schools and universities were planning to have a class walkouts and have a protest outside.

After four decades since the Martial Law in the country was declared, youth can’t forget the exploitation and disallowing their rights and justice in our country. So this upcoming September 21, 2016, youth activists and college students from different universities will conduct a nationwide and a large protest, according to Sarah Elago, Youth Party list Rep. 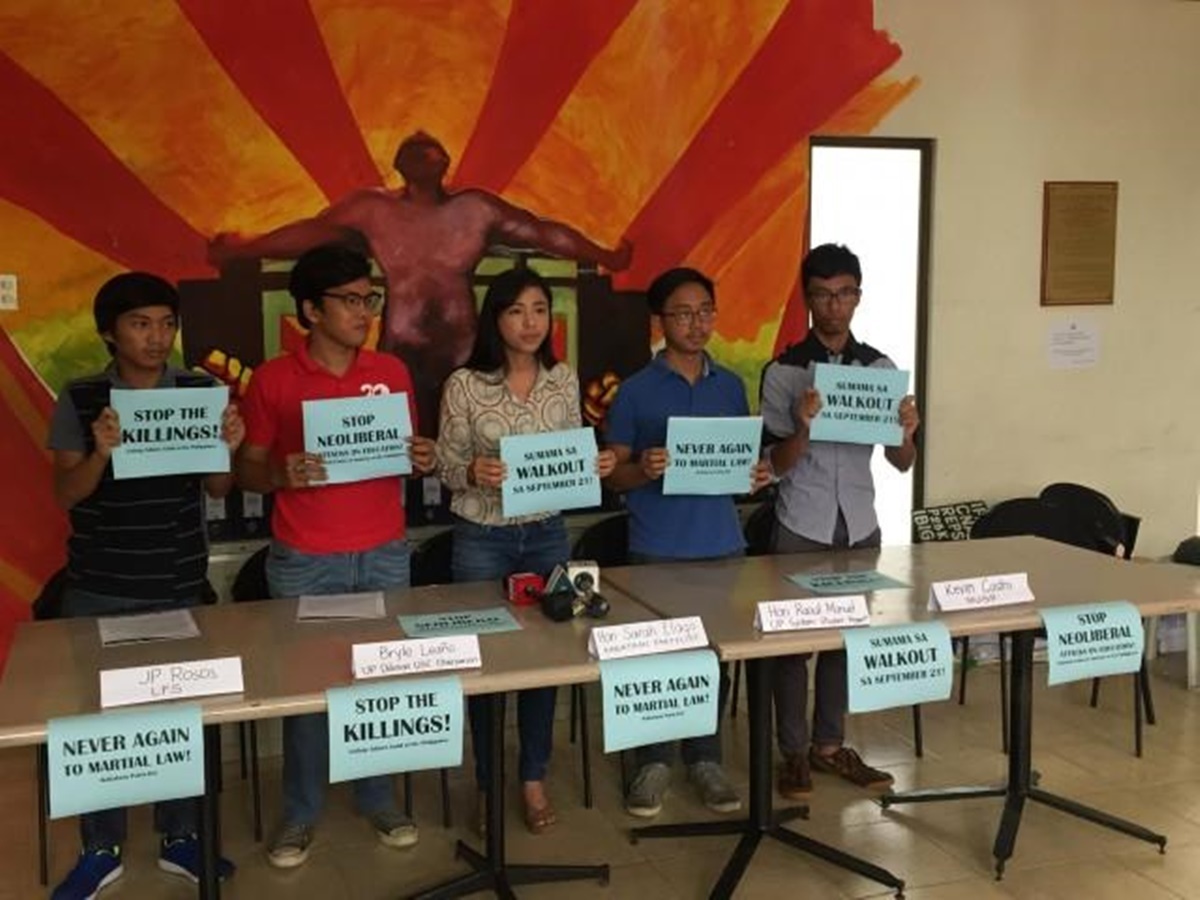 Elago said that the protest will be done because first, to oppose the worsening regulation of the education system and to support the rights of the student regarding having a free and quality education. Second to stand for the human rights, and to stop EJK and calling for a peace and order in the country.