SC Ruling on Marcos Burial Will Be Included in Textbooks

DepEd will incorporate the ruling of the Supreme Court allowing the burial of Marcos at Libingan ng mga Bayani in textbooks.

The Department of Education plans to include in the contents of the textbooks the controversial Supreme Court decision allowing the burial of former president Ferdinand Marcos at Libingan ng mga Bayani.

This was revealed by DepEd Secretary Leonor Magtolis Briones on Monday, which she is part of aiming for an upright account of the martial law epoch.

“The Supreme Court [decision] is about burying him at the Libingan, and the decision of DepEd is a review of the various accounts in textbooks so they do not contradict each other,” Briones said. 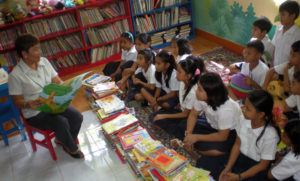 She stressed that the department is just maintaining its commitment to be fair in its assessment of all government administrations.

The secretary maintained her position that the recent development telling the decision of the Supreme Court will in no way affect how the students learn about and discern the implication of the Court’s decision. According to Briones, the DepEd goes about promoting critical thinking and developing young minds, especially the Martial Law era.

On November 8, by a vote of 9-5, the 15-man SC dismissed the consolidated petitions seeking to stop the burial backed by no less than President Rodrigo Duterte.

On the other hand, Associate Justice Bienvenido Reyes, a fraternity brother of the President at the San Beda College of Law, inhibited from the deliberations due to reported close relations with a party in the case.