ABAP Chief wants new leadership amid the loss of Pinoy boxers in Olympics 2016.

Ricky Vargas announced his resignation as the president of the Alliance of Boxing Associations in the Philippines (ABAP) following the failure of Filipino boxers in the Olympic Games in Rio de Janeiro, Brazil.

Vargas made the announcement after the 22-year-old Rogen Ladon of Bago City, Negros Occidental lost to Colombia’s Yuberjen Martinez Rivas via unanimous decision in their round of 16 men’s light flyweight fight, Monday night (August 8, Manila Time). It was another heartbreak for the Philippine boxing team in the 2016 Rio Olympics. Earlier, the 23-year old -Charly Suarez also failed to win a single match. Suarez lost a split decision to Britain’s Joe Cordina. 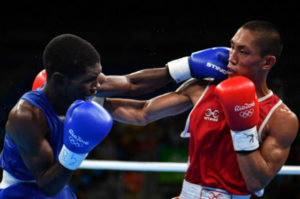 “We need new leadership to refresh ABAP, and inspire our pipeline of next generation boxers in our pool,” Vargas said in a statement released on Tuesday. “We did our best, and now it is time to turn the baton over after eight years of leadership.”

“We had our share of success in the SEA Games, Asian Games, and World Championships. But of course, the standard is the Olympics, and we have been unsuccessful there,” he added.

ABAP is the governing body of amateur boxing in the Philippines. It’s current goal is for the country to win its first ever Olympic gold medal in boxing, to be recognized as one of the world’s boxing powers as well as to improve the image of the Philippines abroad.

ABAP regularly stages annual boxing tournaments in Luzon, Visayas and Mindanao, culminating with the national championships in search of potential members for the Philippine training pool.