VIRAL: Abrams Talks Why Friendster Has Been Left By The Social Media Spotlight

Jonathan Abrams shares the reasons behind the demise of Friendster from the social media world.

ABRAMS – The founder of the Friendster, Jonathan Abrams, exposed the five reasons why the social media has not continued to hook netizens and soon faced its demise.

Do you remember about that social media which came into the surface before Facebook and Twitter? The one that allows users to have personalized profile lay-out? That was Friendster.

Another peculiar thing that Friendster is notable of is that you can put a soundtrack on it and whenever other users would visit your profile, they would get to hear that sound. 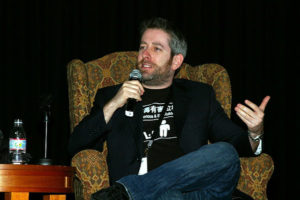 On the other side, despite its personalized features, undeniably Friendster was not able to live up with the social media giants of today. In recent report in Rappler, Friendster’s founder, Jonathan Abrams, discussed on how his creation has come to demise.