John Lloyd Cruz is now challenging his fans to have a staring contest with him. His video went viral on the Social media.

The famous Filipino actor became the hot trend topic over the social media. The Kapamilya actor went viral after the smart phone application NoInk posted a video of the actor in a staring contest which, not surprisingly, has gone viral online.

John Lloyd Cruz was known for being one of the country’s most promising versatile actors. He was known to Filipinos for being a talented actor with his undeniable charm that attracts his fans that continue to support him. 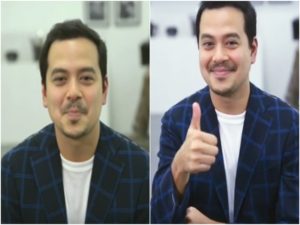 According to a recent news report of ABS-CBN news, the smartphone application NoInk posted a video of the actor that challenges his fans to have a staring contest with him.