AlDub beats pope and other personalities on the Google’s Top Trending Searches in 2015, the famous Kalyeserye love team dominated the list.

On Wednesday (December 14, 2016), Google had already released their list of the top Philippines search trends. The kalyeserye love team claimed the number one spot on the Google’s list dominating Pope Francis, FIBA Asia 2015, and much more.

Pope Francis is only in the second place while Maine Mendoza occupied the third spot among the most searched topics. Dubsmash was in the fifth spot and Maine’s onscreen partner Alden Richards occupied the sixth spot. 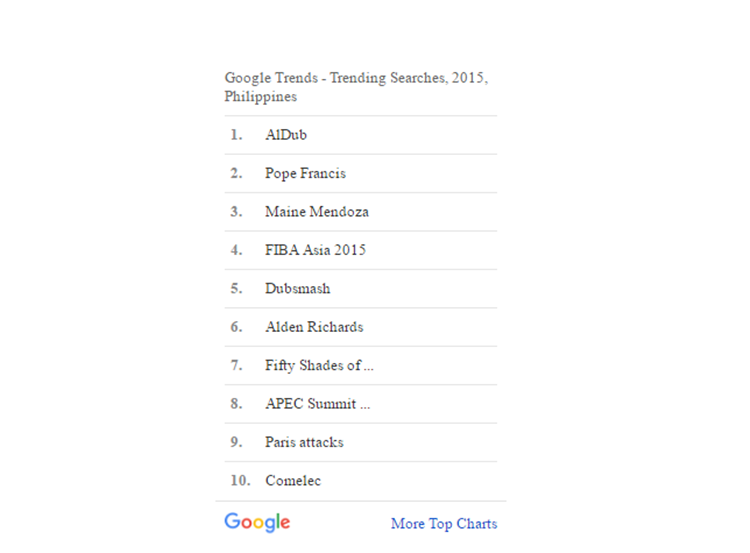 Maine Mendoza also occupied the top of the list for the most Top Trending Female Personalities. The Kalyeserye queen beats the other personalities such as UFC fighter Ronda Rousey, Dakota Jonson of ‘Fifty Shades of Gray’, and TV personality Caitlyn Jenner.

Alden Richards received only the second spot on the list of most Top Trending Male Personalities, which was claimed by Pope Francis. Google also shows that Filipinos also searched Stephen Curry (3rd), Lamar Ondon (4th), and the most controversial person in the world President Rodrigo Duterte. 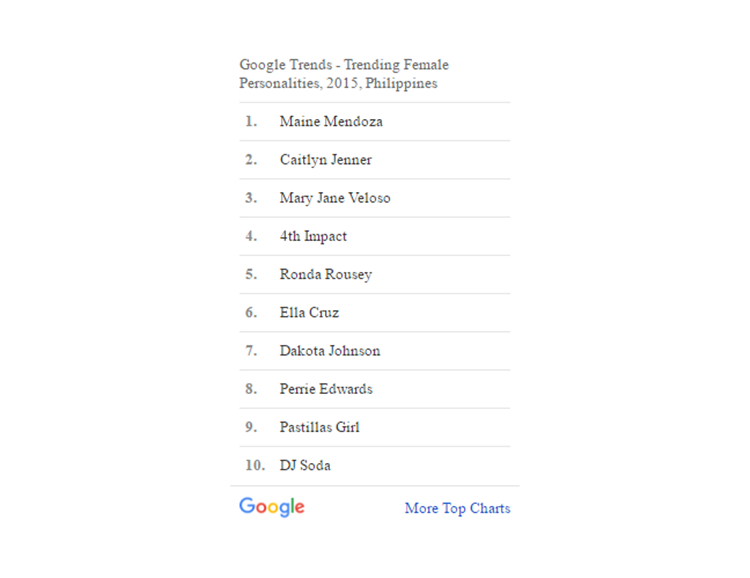 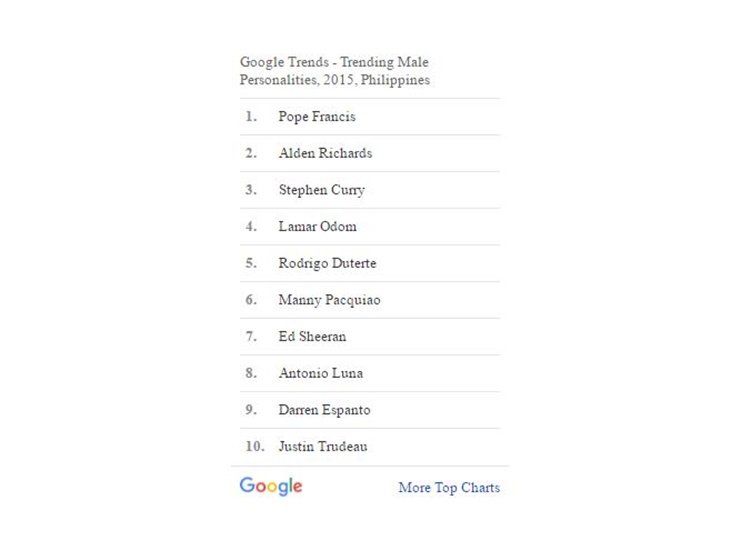 What can you say about the Google’s Top Trending Searches in 2015? Just feel free to leave your comments and suggestions for this article.