The international media was left speechless after President Duterte answers all the issues thrown to him.

Two of the most recent issues that the firm-figured President gave answers in his press conference were about his reason for digging up the ‘driver-lover’ love story of Senator Leila De Lima and the Senator and Janet Lim Napoles’ involvement in corruption.

Further, the President left Jonathan Miller, a journalist speechless after Pres. Duterte answers his quests on the lost of lives in the country. 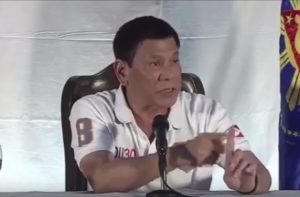 The President gave his side was on his reason for bringing up the issue on the real score between Sen. Leila De Lima and her driver.