Watch: Bakulaw Version Of “And I Am Telling You” By Jennifer Holiday Has Gone Viral

Pinoy bakulaw version of “And I Am Telling You” went viral on the social media.

Pinoy bakulaw version of a drug queen to the classic hit song by Jennifer Holiday has gone viral on the social media.

Bakulaw version of the song “And I Am Telling You” caught the attention of the netizens over the social media. 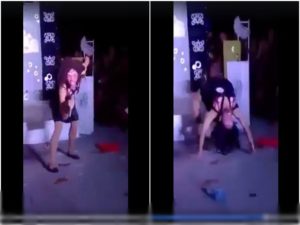 The video showed that the Pinay was performing the classic hit by Jennifer Holiday with a different version. With her Bakulaw version of the song, one of the netizens that were very entertained by her performance uploaded her video on the social media.

The video was recently uploaded by the netizen to the Pinoy viral videos on Facebook. It has gone viral that gained almost 18,000 views.