On Friday (November 11, 2016), Atty. Bruce Rivera posted a message in the social media for his fellow Martial Law victims.

Rivera posted a message for his fellow victims during the Martial Law regarding the burial of former President Ferdinand Marcos at the Libingan ng mga Bayani. The lawyer expressed his painful experiences during Marcos leadership.

The lawyer stated that he was born a few days after Marcos declared the Martial Law in 1972. He shared his and his family painful experiences during that time. The lawyer grew up in Magsaysay, Davao del Sur when they usually see corpses floating in the river for they have been salvaged by PC-INP.

He also said that the infantry assigned in their area was too rude saying that policemen shoot his grandfather’s swine. His goat was also shot that causes a trauma to him and her grandmother was nearly jailed if he doesn’t cry in front of the infantry. 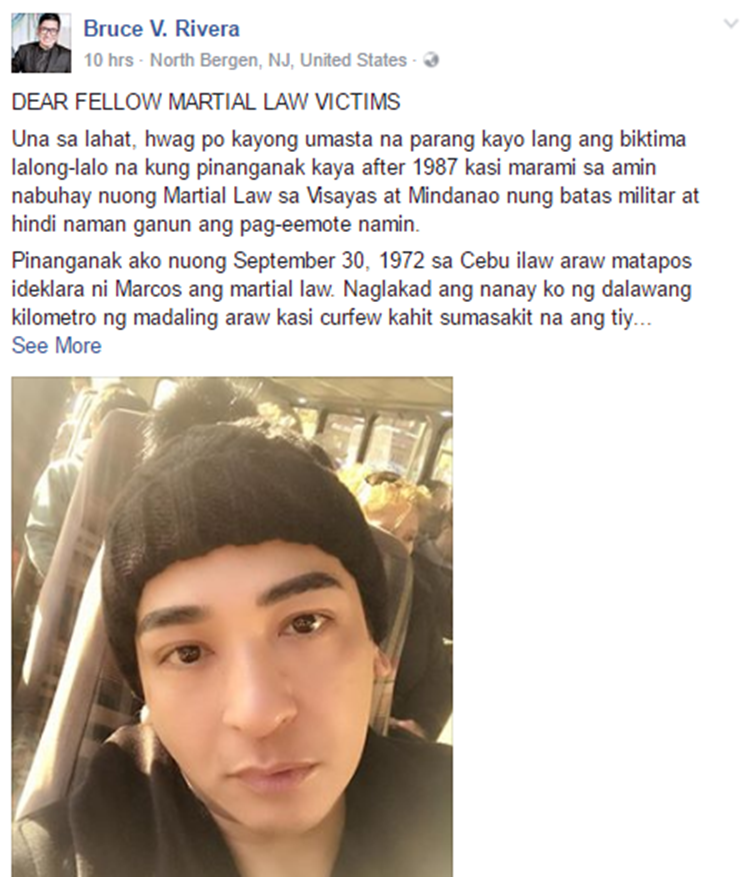 His painful experiences during Martial Law are the darkest times of his life that he doesn’t want to experience again and he just agreed Marco hero’s burial, to end his agony for nothing will change since Marcos is already dead.

Previously, several groups and organization rallying and opposes Marcos burial at the heroes’ cemetery. Some of them conducted a prayer concert, rally, and other activities protesting on Marcos hero’s burial but President Duterte has already approved his burial.

See Next page for the continuation