WHO Warns Zika Virus Likely to Spread in Asia Pacific

The World Health Organization (WHO) has warned that the Zika virus is likely to spread through Asia.

The warning of WHO came on Monday after recording hundreds of cases in the city-state of Singapore while two babies in Thailand were diagnosed with microcephaly, a condition which researchers have said it is linked to Zika virus.

WHO director for health security and emergencies Li Ailan said, the mosquito-borne virus has been detected in 70 countries worldwide including at least 19 countries in the Asia Pacific region.

Li said Zika has been in the Asia Pacific since 1947 but she added it was difficult to pinpoint if individuals had been infected overseas, due to the region’s tropical weather, large mosquito populations and international travel hubs potential factors. 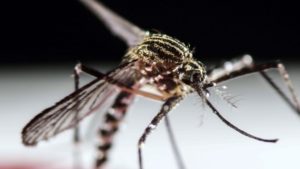 Brazil was the one who first reported the case but still they pushed through hosting the Olympic Games in Rio de Janeiro in August.

A WHO report was released at the annual regional meeting in Manila on Monday.

The report said the virus was “highly likely to further spread in the region” which includes China, Japan, Australia, most Southeast Asian nations and the Pacific islands.

“It is highly likely that the region will continue to report new cases and possibly new outbreaks of Zika,” the report added.

WHO director Margaret Chan said leaders in the region had expressed concerns over the outbreak of Zika. She added that experts were still grappling with ways to tackle this concern.

“Unfortunately, scientists do not yet have answers to many critical questions,” she said.

According to the WHO director, there have been more than 400 Zika cases detected in Singapore, while there were fewer than 20 cases reported in Vietnam, the Philippines and Malaysia.

In patients positive of the virus, Zika causes only mild symptoms in most, including fever, sore eyes and a rash.

Pregnant women with the mosquito-borne virus have the risk giving birth to babies with microcephaly — a deformation that leads to abnormally small brains and heads, and this was proven by several studies conducted abroad.