Stork flies and bravely travels thousand of miles just to see his true love, an injured stork – his soul mate.

Klepetan, a male stork, flies to and from South Africa where his female partner, Malena is living in a nest located at a rooftop of a house.

This happens every end of August, when Klepetan needs to migrate to South Africa, leaving temporarily the love of his life.

They live together in a small Croatian village where the owner of the house observes them and just do nothing, allowing the couple to place a nest.

But for the past fifteen years, Klepetan returns consistently, coming from the south just to be with Malena once again.

According to the owner of the house, ever since Malena’s wings were injured by a hunter twoo decades ago, she was unable to fly together with Klepetan for their annual 8,000-mile journey.

But that didn’t hinder Klepetan to just leave his partner behind, he never left Malena, he always comes back for the past 15 years.

Even though storks don’t mate for life, they always return to the same nests and mating partner – and that explains why they are loyal.

Just this year, Klepetan made a surprise to everyone when he returned to Malena a week earlier than what is expected of him every year. 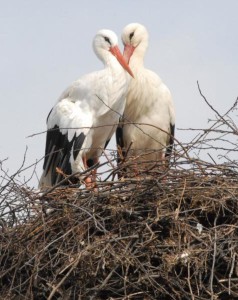 Stjepan Vokić, who takes care of the couple stork, welcomed Klepetan with a bucket of fish that also served as a prize due to the male stork’s unexpected and early return.

The two storks have had raised more than 40 baby storks over the past years, making them really famous in Croatia.

They are totally inseparable every time they spent the year together.

They even have an animated video about their incredible love story.

Amazing isn’t it? Let their love be an inspiration to us humans. 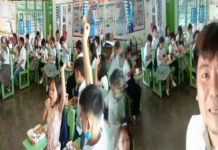 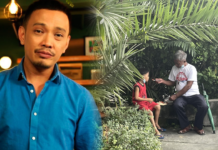 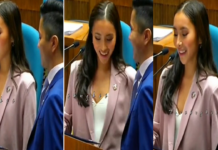