Gretchen Malalad, a journalist in ABS-CBN was allegedly helped an author of a certain Time Magazine to abolish Duterte’s war on drugs that leads to EJK.

President Duterte’s advocacy campaign against drugs and criminalities lead to the point of alleged EJK where a lot of people opposed this strategy of the president. Regarding this incidents, some magazines, newspapers, and online news are expressing their different opinion when it comes to this happenings.

The campaign against illegal drugs was opposed by many people in the country because of EJK including the ABS-CBN journalist, Gretchen Malalad who recently become the cover of a Time Magazine that wants to abolish anti-drugs campaign. 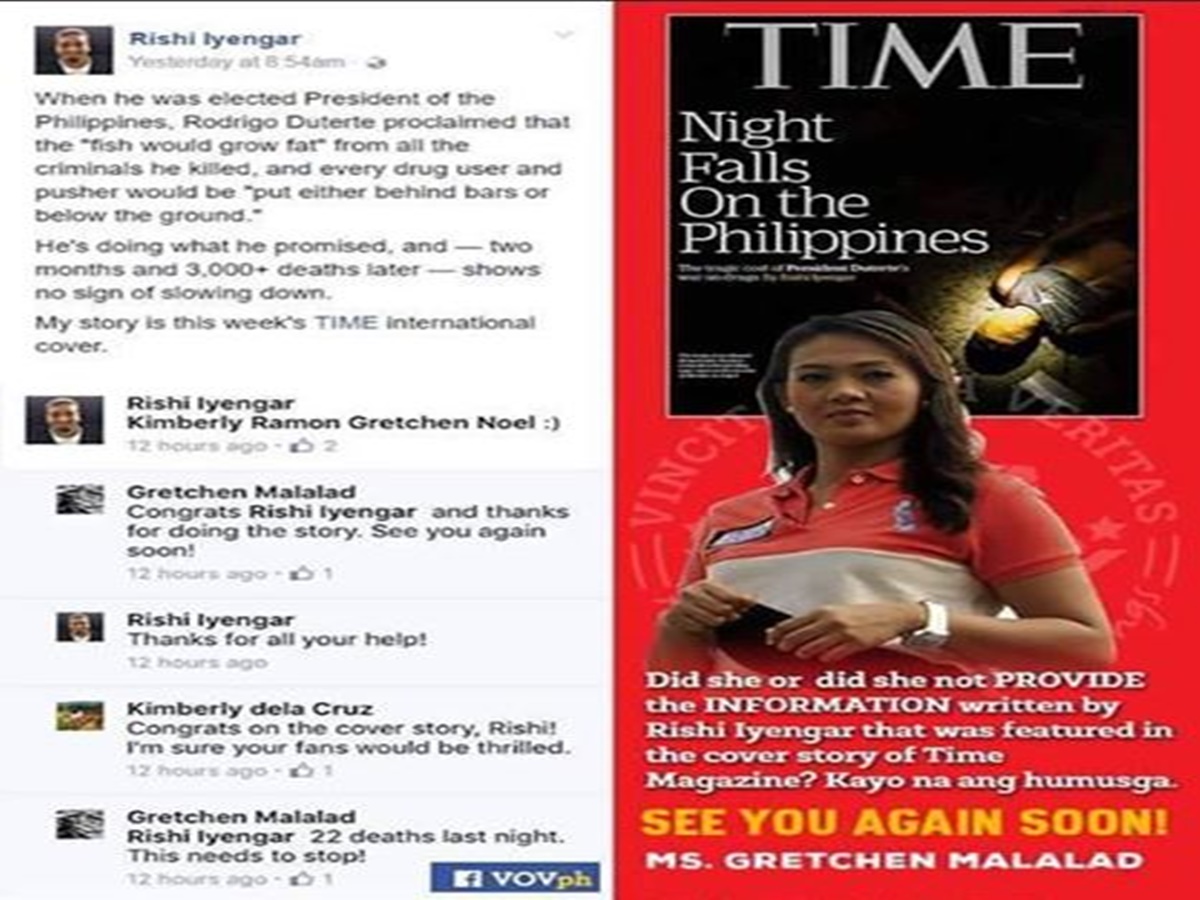 Rishi Iyengar is the author of the Time Magazine where Gretchen is the cover. The magazine was entitled “Night Falls in the Philippines” Rishi congratulate and thanked Gretchen because her story becomes the front page of the magazine.