LET Board Exam Result: Why Does PRC Has Not Released It Yet?

Why does PRC has not yet released the LET Board Exam result?

LET BOARD EXAM RESULT – The Professional Regulation Commission (PRC) has not yet released the results of the Licensure Examination for Teachers (LET) Board Exam September 2018.

Until now, the takers of the September 2018 LET Board Exam still await the result of the licensure examination. The PRC has yet to release it and, undeniably, many are very much eager to know whether they passed or failed the exam.

The latest board exam for teachers was given on September 30, 2018 (Sunday) in the different testing centers including those in Manila, Cebu, Iloilo, Bacolod, Davao, Pangasinan, Tacloban, Tuguegarao, and Zamboanga.

PRC has set the target day of the releasing of the LET Board Exam result on December 4, 2018 (Tuesday). 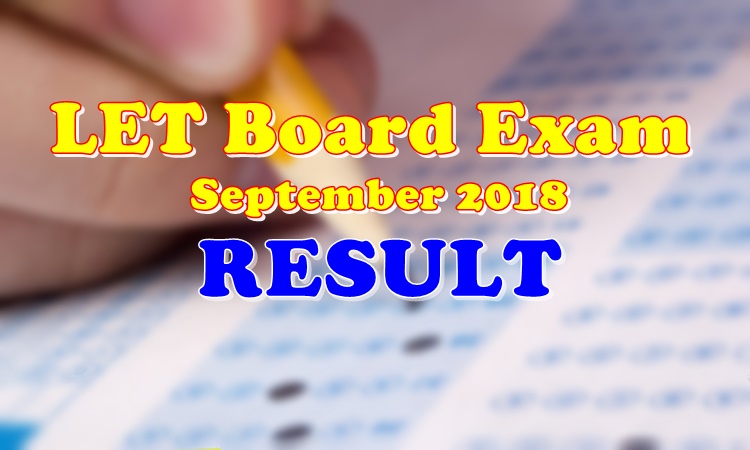 Meanwhile, the PRC has previously notified that the LET Board Exam result may come earlier or later than December 4, 2018.

Today, December 7 (Friday), the 52nd day since the exam was administered, the result has yet to be released. But, it is highly expected that it will be out anytime within this day considering that it is the last weekday of the week.

Based on the releasing of the previous LET results, usually, the results of the board exam are released during weekdays. Moreover, it does not usually pass the week of the target date.

The PRC has not released any word with regards to the LET Board Exam result for September 2018 but many are hopeful that the commission will release it soon.

Currently, social media platforms are filled with posts of takers expressing their eagerness to finally have the result of the exam they have taken. We’ll keep you posted as soon as the PRC has released the results.