Man named Budoy sings inside a bus went viral on the social media.

Man named Budoy sings inside a bus in Iloilo City went viral over the social media.

Another talented Filipino became an instant internet sensation. His video was taken in Iloilo City.

The video of the talented man in Iloilo city was filmed by one of the netizens who was amazed by his talent and uploaded it on Facebook, where it has since gone viral.

According to the viral post of the netizen, where she named the man as “Budoy.” 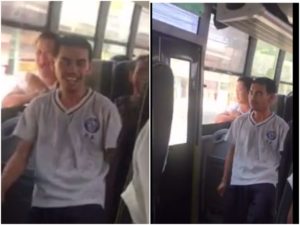 The netizen said in her post that Buddy often rides the Ceres bus going to Northern Iloilo. While he was on the bus, he sings using his original composition of a song. that impressed the passengers with his golden voice and the meaning of his song that will catch ou attention.

With his golden voice and the meaning of his song impressed the passengers inside the bus.